This week I had the great honour of being named by the RSA as the first Royal Designer for Industry for Service Design. My hope is to inspire the next generation of designers, just as the current Royal Designers for Industry have inspired me. Receiving the honour set me thinking about service design as an industry and a profession, and how we interpret it at Public Digital. This post is my first attempt at articulating those thoughts.

I’ve been thinking a lot about the work we do, and how we do it. I keep coming back to a couple of quotes.

The first is from my old boss Dan Wieden, who once said: “Advertising is a weapon; be careful where you point it.”

The second is from Paul Virilo, a French academic who sadly died recently. In his 1999 book, Politics of the Very Worst, he wrote:

Dan was saying that advertising has power. It influences people’s opinions and decisions, and therefore society. It has power, therefore advertising professionals have power. There’s a moral duty on them not to misuse it.

Paul Virilo was saying that new technologies bring new ideas and new opportunities. They also bring new ways to do harm to people and to the world.

I believe that service design is more powerful than advertising. It’s a new idea that can also bring new ways to do harm. Those of us who work in service design need to think really carefully about how we use it.

Let me give you a couple of examples that show you why I think that.

Earlier this year there was an explosion of electric scooters on the streets of San Francisco. I happened to be there at the time, so I thought I’d try one. I saw a scooter in the street, unlocked it with my phone, and scooted away. It took less than 2 minutes.

I enjoyed the ride. It was fast and easy. The power was great on the hills. When I’d finished, I just left the scooter leaning against a wall. Everything about the whole experience was wonderful, for me. But then I thought about other people.

This is a service where every detail has been designed for the user. It’s unbelievably convenient—for the user alone, and no-one else. 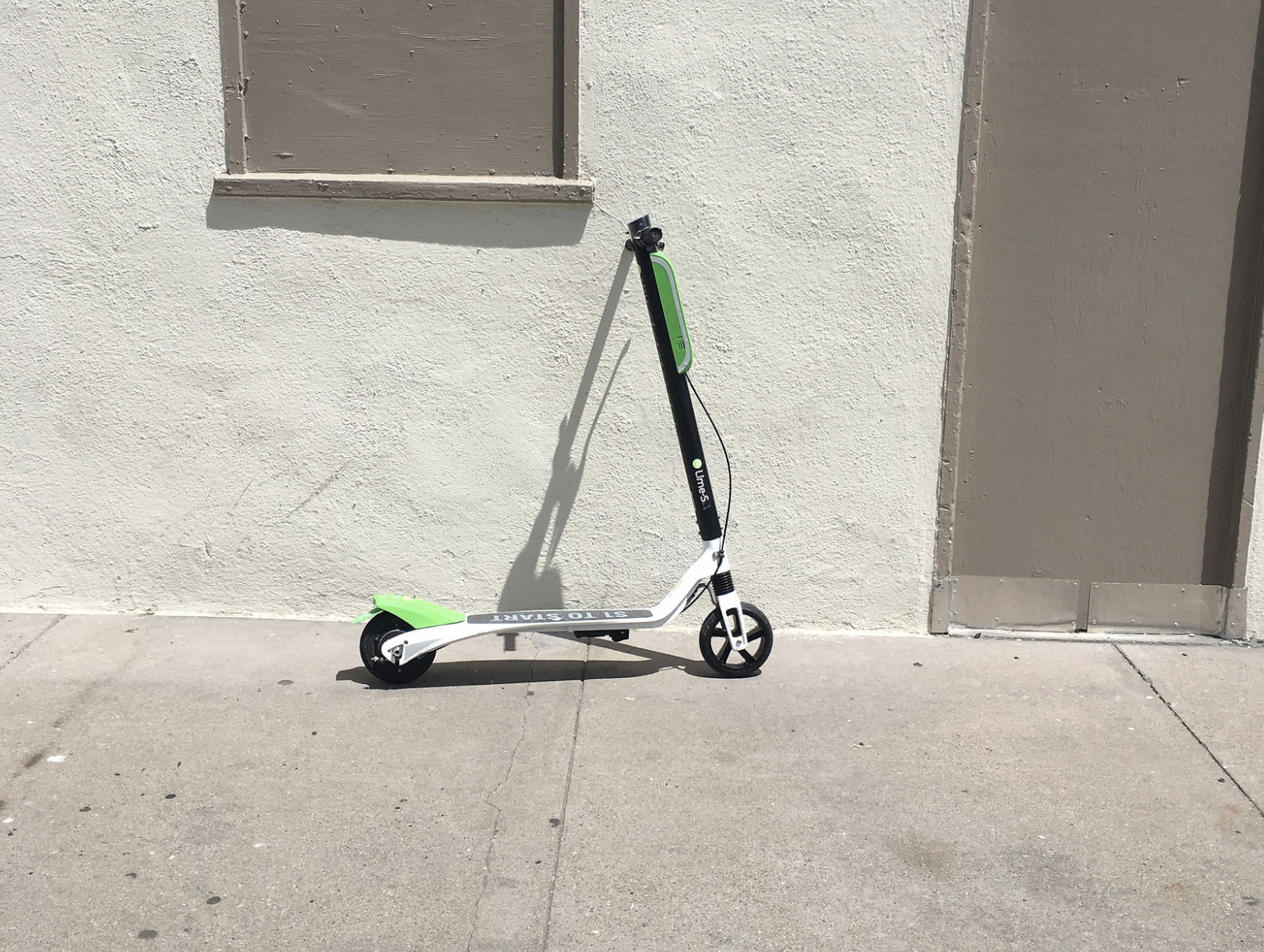 The downside is streets swamped with dumped scooters. There’s nowhere “official” to put them, so like me, no-one knows what to do with a scooter once they’ve finished using it. They just get dumped anywhere.

These scooters are absolutely meeting a user need, but at the expense of a societal need.

Adding designated scooter parks might have cost more money, and might have meant users having to walk for a minute or two, rather than finding a nearby scooter in seconds—but wouldn’t that have been a better choice? A bit of inconvenience for the user, in exchange for a better environment for everyone. Seems like a fair trade to me.

Things got bad in San Francisco pretty quickly. The Verge wrote a good piece on how the city was an afterthought. The city government banned the scooters for a while. They’re back now though.

We should optimise for humans

Here’s another example: Amazon pioneered 1-click purchasing, and it took off because it’s amazing, users love it. I love it. It was revolutionary when it launched and it’s still one of the best user experiences on the web.

Amazon’s strategy is all about optimisation. Not just for itself, but for its users too. The 1-click system optimised away the old “Add this item to your shopping cart” experience which still defines online shopping elsewhere.

The next step was to optimise away that one click. Alexa does that. You just say what you want to buy, and Alexa buys it for you. Zero clicks.

What’s the next step? Optimise away the need to ask Alexa for something, by making Alexa smart enough to anticipate your needs. You could be woken in the morning by Alexa saying: “I noticed you were short of AA batteries and toilet paper, so I’ve ordered both for you.”

After that? “I’ve added a bunch of products to your next order because I think you’ll probably like them.”

How far do you go? Where do you stop? Will online retailers start automatically selling us items they think we might want to buy, even if that means some people getting into debt? At what point does service optimisation like this stop being useful, and start being intrusive, invasive, or damaging for people (who may, or may not, be the intended users)?

I don’t know the answers. I doubt that Amazon knows either, not yet. Although I bet they’re looking at things like this. It feels to me like we—service design professionals—need to find ways of monitoring and regulating our own behaviours. Regulation is coming, I think. But that’s another blog post.

Doing something about it

If you’re doing service design, or if you’re a senior leader asking teams to do service design, I think there’s some simple steps you can take to proactively anticipate your service’s impact on society:

Let’s be careful with service design

Luis Cilimingras, managing director at our partners IDEO in London, talks a lot about “human-centered” design. It’s something they take very seriously there. They don’t just want to cover what’s in the brief, they want to design something that makes a difference. They think about humans, and their work’s effect on humans.

We think the same way. One of the things we’ve started saying to clients recently is that Public Digital doesn’t just add value in the traditional business sense: it adds values. This is one of the things that makes us different. Of course we care about our clients: we want them to be successful and profitable. But we think there’s a balance to be struck between what success means for just the user or customer, and what success means for society.

We believe it’s possible to do good things for both.

That’s what the “Public” bit of “Public Digital” refers to. It’s not, as lots of people assume, a reference to the public sector, even though that’s where many of our clients are. It’s public in the Victorian sense of the word: a mission to improve the lives of many people, for the wider public good.

As more of our lives move to the internet and to mobile computing devices we carry and wear, so more of the stuff we buy and use is basically services.

Service design is more important and more influential. Like advertising, it has power. It can affect people’s lives, more than we realise.

We have to acknowledge that responsibility, recognise the power it gives us, and understand the potential for misuse. We’re service designers; we need to be careful with that. As Richard Pope said a few years ago: “Sometimes the user need is ‘because democracy’”. We need to spend more time thinking about the values we can add, on top of the value we’re already adding.